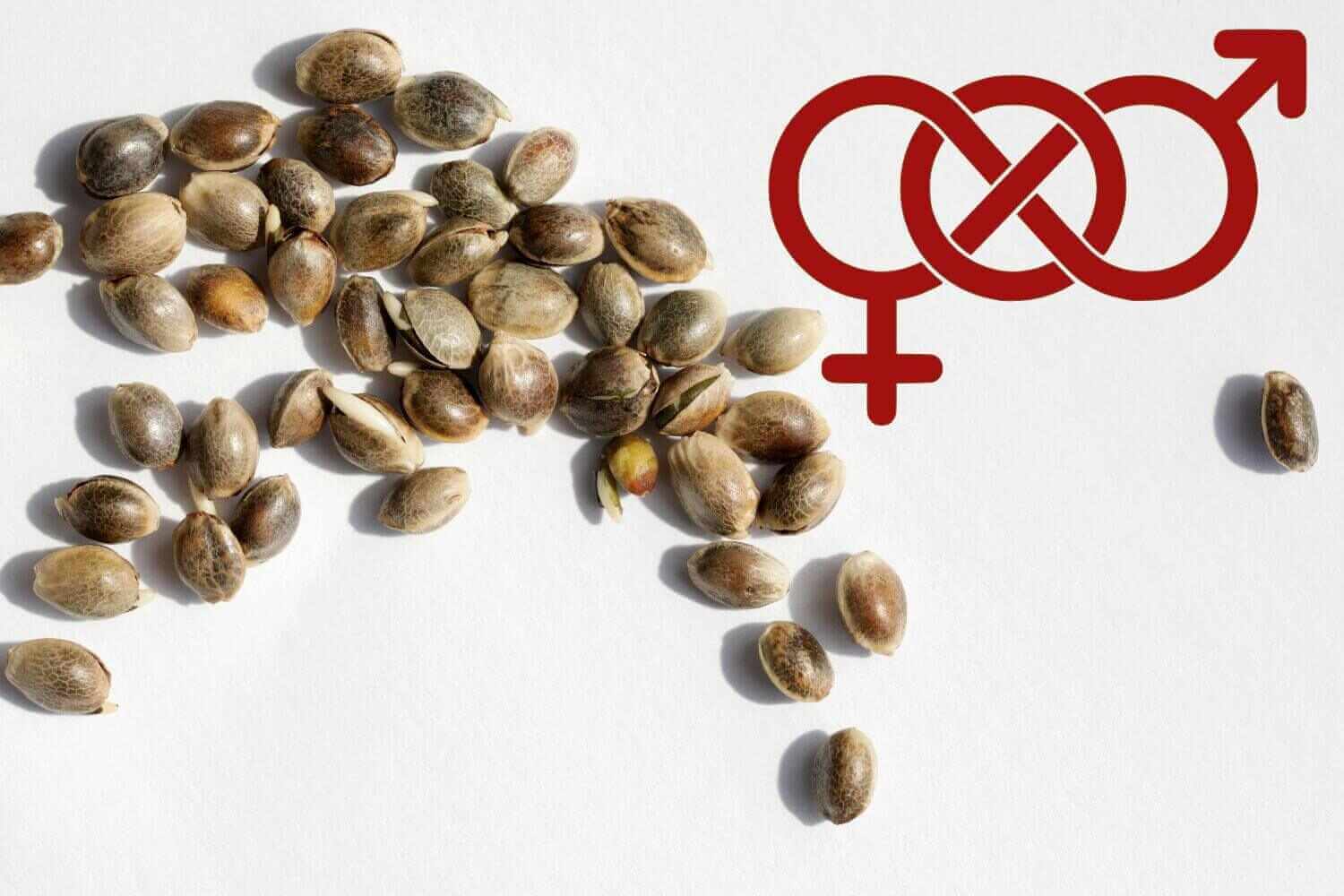 For any grower the importance of spotting the early signs of male and female cannabis plants is an incredibly useful skill to have. Most growers are able to spot the early signs of male cannabis plants around 3-6 weeks into the vegetative stage. However, there are lots of rumors hidden in the depths of online cannabis forums of growers that claim to be able to sex marijuana seeds before they have even been planted. In this article we will investigate how to identify a female seed and if there is any truth behind these methods.

The importance of sexing cannabis

When you grow with regular cannabis seeds around 50% of them are likely to be male plants and 50% female plants. Therefore, there is always a risk that a male plant will pollinate the rest of your crop and ruin your entire grow. Hence why many growers now opt to grow with feminized cannabis seeds where 99% of the time this problem is eliminated.

Can you tell the sex of cannabis seeds?

For decades this question has been causing disagreements among growers in forums. There are a select few who believe that there are methods of spotting whether a cannabis seed is a male or female before it has even been planted.

While this would make life a hell of a lot easier for us growers, unfortunately we haven’t found much truth behind these methods, which we will go on to explain. Cannabis seeds by on large look pretty much identical, you will see differences in size between the various strains and types, however if you were to take a handful of White Widow cannabis seeds, there is very little difference between each seed. And certainly, to the naked eye, there is no way that you can identify which are male or female seeds.

When can you identify the sex of a cannabis seed?

The easiest way to spot the early signs of a male plant is to keep a close eye on the nodes. Eventually you will see that small balls begin to grow on the nodes, these are male pollen sacks. The earlier that you spot these the better. As soon as you are confident that it is a male plant, you can pull it from your grow room. For more information on this be sure to read our guide on how to spot the early signs of male plants.

Keep your crop safe from pollination by learning how to spot the early signs of male and female plants.

Now onto the myth behind being able to identify the sex of a cannabis seed just from its appearance….

Anyone that has handled lots of cannabis seeds, will understand the ridiculousness of this, but looking at those tiny seeds and being able to tell the sex is impossible, sorry to break it to you.

Two common myths that you may find on cannabis forums claim to be able to tell fellow growers how to identify a female seed. Here are the myths that we hope to debunk….

Sexing based on the shape of the seeds – There was a chart being shared on various forums that had illustrations of various seed shapes and sizes. The chart explained that based on the rounding of one side of the seed it was possible to tell the sex. According to the chart, male seeds are not completely round on one side while female seeds ‘have a perfectly rounded volcano-like depression at the bottom’. Coming from someone who has germinated and grown thousands of cannabis seeds, I can confirm that this method simply is not true. If it was then breeders would not have needed to spend years perfecting and stabilizing hundreds of feminized cannabis strains.

Sexing based on the root direction – The other common myth you may have heard of is identifying the sex of a seed as it is germinating. Supposedly when the seed begins to sprout, if the tap root breaks through the top or bottom of the shell, it is a male, while if it breaks through the sides, it is a female. This method unfortunately is also completely false. Tap roots break through the shell of a seed at whichever is the easiest exit point, this is usually wherever the seed is weakest, that’s just how nature works.

How do we know that sexing from seeds is impossible?

After growing thousands of cannabis plants over the years our breeding team have become pretty good at…. well, breeding cannabis. And what we have come to realize is that regular cannabis seeds are neither male nor female while they are in seed form. The sex of a cannabis plant is not decided fully until the plant has actually begun to grow. If you think about it, even feminized cannabis seeds which are bred to produce female plants 99.9% of the time, can if highly stressed turn into hermaphrodite plants where they will produce both male and female reproductive parts. This alone shows that it is not just the genetics of the seed that decides the sex of a cannabis plant, it is also determined by the environment.

The reason that female cannabis plants can produce male reproductive parts when stressed, is actually a defense mechanism. Unlike humans who can either choose to stay and fight or run away, plants can do neither, they are forced to stay, and they cannot fight back. However, by producing male reproductive organs in defense, a cannabis plant can pollinate hundreds of surrounding female plants, preserving its genetics through breeding.

So now that we have firmly debunked the myth of being able to identify a cannabis seeds sex prior to germination, why not learn the real methods that professional breeders use to sex cannabis plants. Or to make your life a whole lot easier grow with feminized seeds.

What you should know about cannabis terpenes

Does coughing make you higher?