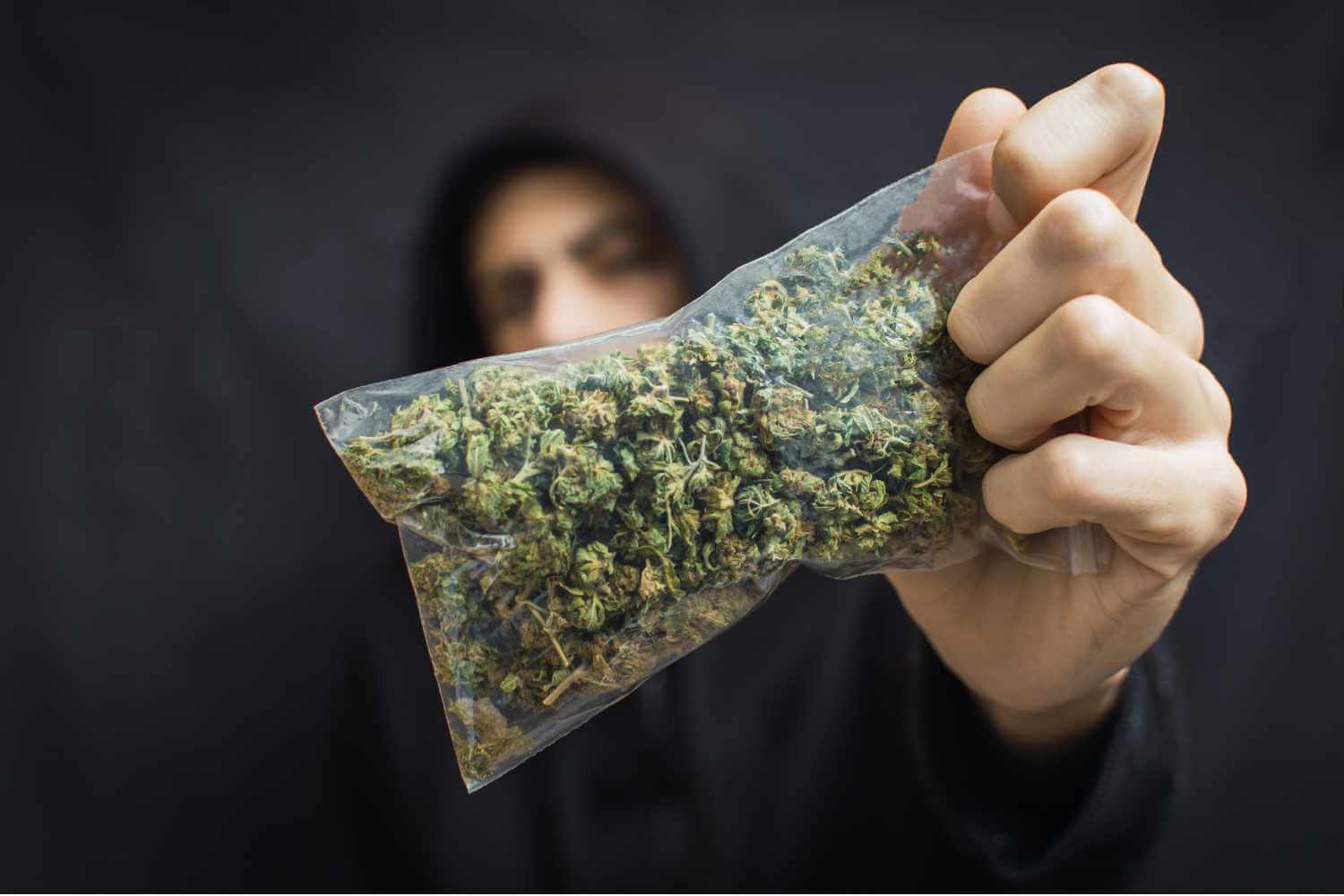 While the world slowly but surely moves towards a bright, new, cannabis-legal era – the unique vernacular and slang created around cannabis culture in the last six decades or so has remained.

Sure, for the most part, dispensaries sell weed in gram amounts. But, no matter how strong the recreational legal game becomes, there will always be a thriving black market. And it seems the terms that have long been used when buying your favorite bag of the sticky-icky are also here to stay.

Dimes, Nicks, Keys, 8ths, and Dubs of weed are some of the most commonly used terms that originated from street dealing and are used to describe different amounts of cannabis. Let’s have a look at what each term means.

What is a dub of weed?

A ‘dub’ of weed is an American slang term for a bag of weed that sells for twenty bucks. Depending on which area of the country you live in, you may at times be offered a $15 dub, which means you should be getting the same amount of weed, but with a $5 discount.

How much is a dub of weed?

In terms of how much weed you will actually get in a dub bag, that also depends on your location. In some areas, you may be getting as much as two full grams of weed in a dub bag, but this is rare. For the most part, expect to get between 1 and 1.5 grams in a dub bag.

Why is it called a dub?

The term has been appropriated from automotive culture, where dub refers to a car rim that is 20 inches or larger.

What is a dime of weed?

How much is a dime of weed?

This probably goes without saying, but a dime bag is $10 worth of ganga. You can expect to get anywhere from 0.5 – 1 gram of marijuana in this size bag, depending on the location and quality of weed you are buying. You also might just be one of the lucky ones and have a generous dealer. A dime bag is usually enough bud for a few small joints.

Why is it called a dime?

Dime has long been slang for 10, even before it was grabbed a hold of by us stoners. It might not be super appropriate to call a gorgeous woman a dime anymore, but that is the reason why most of us know the term as meaning 10.

What is a nick bag of weed?

A nick of weed is American street slang for a small bag of weed costing just five bucks.

How much is a nick of weed?

The smallest quantity of weed that any self-respecting street dealer will sell, a nick – short for nickel – costs just a measly $5. A nick of weed is enough for a single joint, but you’re not getting much more than that. Depending on the quality of the weed, you should expect to get at least 0.25 grams in this size bag.

Why is it called a nick?

Following the dime trend, a nickel is a 5 cent piece – which equates to 5.

What is a key of weed?

A key of weed is street slang for a kilo of weed. Most people won’t have ever seen this much weed before, this is where we go from small street dealers to larger scale distributors or wholesalers.

How much is a key of weed?

Instead of the term referring to a specific dollar amount, a ‘key’ of weed is the shortened name for a full kilo of weed. That’s 1000 grams, or around 2.2. pounds. Now, for the vast majority of smokers out there, a kilo is way more than we would ever purchase at one time.

This is more in the realm of distributors, and I wouldn’t be surprised if most weed smokers had never even seen a full kilo of weed, let alone wanted to buy such a huge amount at one time.

The price of a kilo of weed varies wildly, depending on the area in which you are looking to buy.

Why is it called a key?

A ‘Key’ is simply a shortened name for a full kilo of dried cannabis flower.

How much is a pound of weed in the USA?

An eighth of weed is a medium sized bag of weed typically costing $30 – $45 in the US or £25-£40 in the UK. An 8th of weed is the most common measure sold on street corners in London and is common slang for consumers.

How much is an 8th of weed?

An eighth, or 8th, of weed is measured at 3.5 grams – or around that mark. The price you will pay for this again varies from place to place, but also comes down to the quality of the product. Generally, an 8th of decent-quality marijuana will cost anywhere from $30 to $45 depending on where you live.

This comes down to ounces. Once you move away from the smaller bag sizes of nick, dime, and dub and start buying weed in larger quantities, it will always be weighed in fractions of an ounce. An ounce weighs just slightly over 28 grams, so ⅛ of an ounce equals 3.5 grams.

Other common sizes are quarter ounces (7 grams), half ounces (14 grams), and ounces (28 grams). These are usually the biggest sizes that recreational smokers will ever really look into buying.

What is a brick of weed?

A brick of weed is not a measurement of weed, it is actually weed compressed into the shape of a brick for easy transportation and or smuggling purposes. It is usually very low quality brown weed that is leafy and of poor quality. It is normally sold by street dealers that have imported the weed from another country and is most commonly sold in places where cannabis is still illegal.

In countries where weed is legal you can still get brick weed, but it is becoming more and more rare because of the poor quality and therefore low demand of it. Nowadays in the US as more and more dispensaries pop up there is much less need to buy low quality bud and so thankfully brick weed is dying out.

The exact prices of weed, and the quantity and quality you get for that price, vary from place to place, you are now armed with the knowledge needed to have a basic understanding of the different names and sizes that you may hear when it comes to buying marijuana.

If you are a regular smoker, a true midnight toker, then you might want to invest in a small digital scale. There are a bunch of options available ranging from $15 and up.

With one of these in your arsenal, you shouldn’t be getting ripped off anytime soon.

So, there you have it. All the most common slang terms for weed sizes in the USA, and what they relate to. Happy smoking friends!

What is brown weed, and can you smoke it?

Does coughing make you higher?