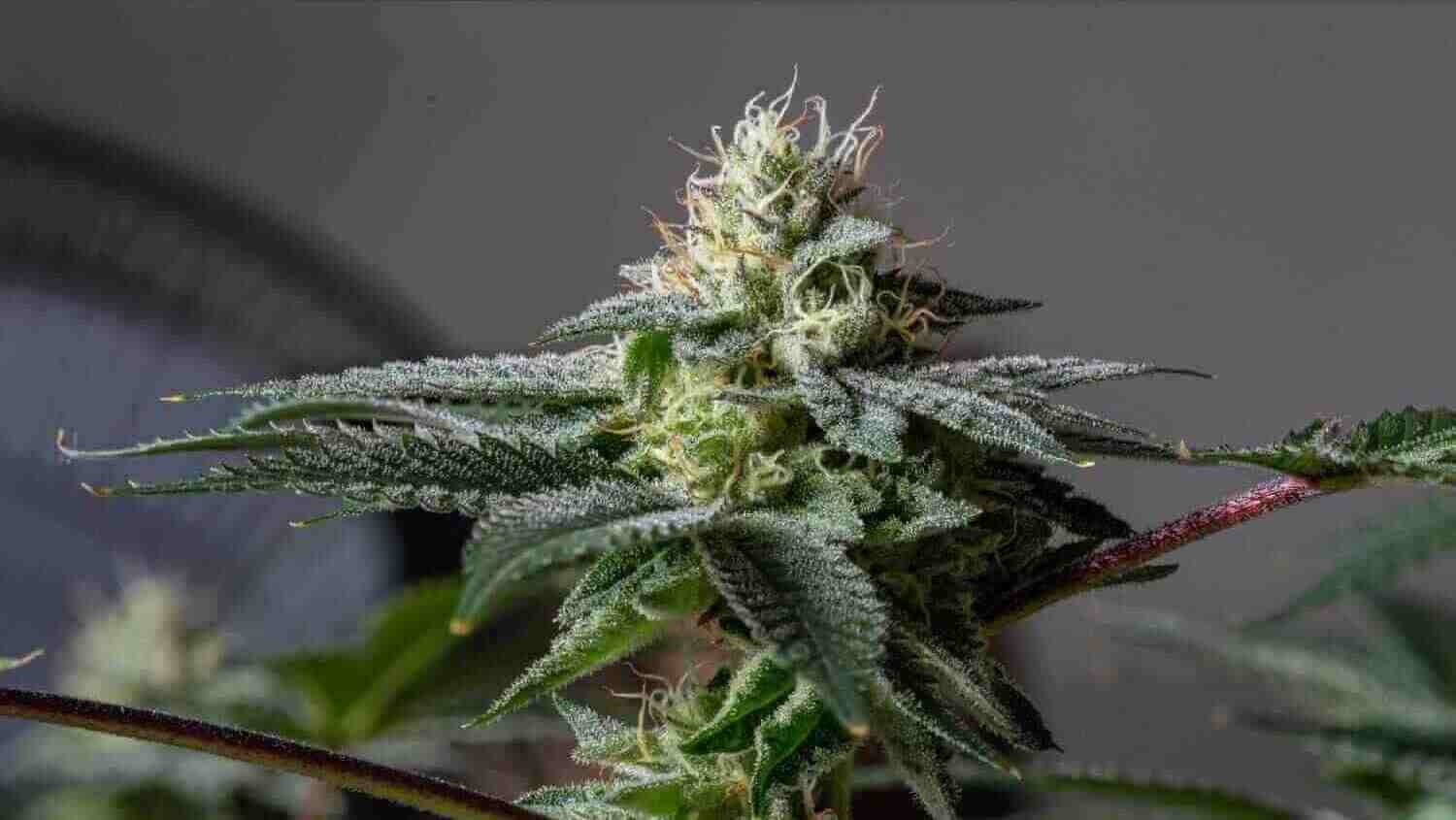 When a cannabis strain is selling out at the dispensaries, named in numerous hip hop songs and has artists such as Wiz Khalifa smoking it, you know it has reached legendary status. The strain we are talking about is Gelato, and unless you have been living under a rock you will have heard of it. Gelato was the creation of the renowned breeder Mario Guzman of the Sherbinskis. This outfit started in a small garage in San Francisco’s Sunset District and has since grown to become one of the worlds most respected cannabis breeders. Famed for breeding strains such as Sunset Sherbet and Mochi, Sherbinskis have gone and done it again breeding Gelato, a desert strain that will surely filling peoples bongs for years to come.

What Are the Different Gelato Strains?

As with every legendary cannabis strain there are various other spin off phenotypes that have their own unique characteristics. Undoubtedly Gelato #33 is the most recognizable variation of these genetics, but which of the Gelato strain phenotypes is the best?

A 100% indica pheno, Gelato #25 has a potent THC level of 20-25% and a short flowering time of 8-9 weeks making it ideal for any growers with a slightly shorter outdoor season. Known for being rich in caryophyllene and myrcene, during flowering it will give off a strong but pleasant floral scent. When you first crack open one of these dried buds the true aroma will hit you, notes of tropical fruits, strawberries and mangos will fill the room. As with the beautiful smell, the taste of Gelato #25 is equally delectable, with flavors of sweet mango sorbet, it is truly one of the best tasting desert strains you will try. The initial effects give users a sense of euphoria, this is followed by an uplifting and energetic buzz, eventually this burst of energy fades away and you may become slightly couch locked as the indica effects settle in.

Gelato 33 AKA Larry Bird, named after the famous basketball player’s jersey number, is a perfectly balanced hybrid with a potent high. Containing up to 25% THC and flowering in 9-10 weeks Gelato 33 produces plenty of rich, trichome covered buds. A great strain for pain relief, insomnia, stress and anxiety. After just one toke of Gelato 33 users will feel all of their aches, pains and worries wash away. An almost 50/50 hybrid, the Gelato 33 strain offers up an intense indica body high that is partnered with an uplifting and creative sativa buzz that prevents you from being too couch locked. Being a well-balanced hybrid Gelato 33 is of medium height and typically grows between 120-180cm, it is a robust plant making it suitable for growers of all abilities.

Probably the second most popular strain of the five phenotypes, Gelato 41, aka Bacio Gelato is most famous for its first place finish in the indica category at the California High Times Cannabis Cup. The most potent of all of the phenos, Gelato 41 produces an impressive 29% THC, putting it up there as one of the most potent strains that have been officially lab tested. A 60/40 sativa dominant ratio makes Bacio Gelato the black sheep of the family, this is also reflected in its longer flowering times and taller build. Given its sativa dominance and incredible potency, Gelato 41 may not be the best strain for beginner growers. Indoors she requires more maintenance than the others, however, for the more experienced grower, the extra work and wait will be more than worth it.

An indica leaning hybrid, Dolce Gelato is the least potent of the pack, although don’t scoff at this strain, Gelato 42 still produces up to 20% THC which is more than enough to get you high. The slight indica dominance provides more of a body high, however the effects are mellow and relaxing with very little couch lock effect, making it a great evening smoke. Its predominant terpenes are Limonene and Beta Caryophyllene which give it a refreshing citrusy aroma that pairs well with the sweet fruity flavor. A perfect strain for beginners, Gelato 42 is relatively low maintenance, robust and can easily be grown indoors or outdoors.

A highly potent indica leaning hybrid, Gelato 45 was named after the jersey number of Michael Jordan. Producing up to 26% THC, this strain is not to be taken lightly. For those of you who may be experienced smokers, but less experienced growers, then Gelato 45 is the strain for you. Highly potent she will get even the most seasoned stoner high, and robust and forgiving to grow, even the least experienced cultivators should have no trouble with this strain.

Each and every one of the Gelato phenotypes have their own positives, personally I would recommend trying all of them. Although if you have to pick just one, a perfect strain to start with is Gelato 33, the most well-known of the bunch.

What makes Gelato such an amazing strain is the impressive family tree it has developed since it was first created. Since 2014 Gelato has not only earned legendary status for itself, it has gone on to be the parent strain for some of the world’s most popular genetics including; Gushers, Runtz, Ice Cream Cake and Biscotti.

What Is the Strongest Gelato Strain?

All of the Gelato phenotypes are incredibly potent strains, of the five, the strongest is Gelato 41 that was lab tested at 29% THC at the High Times Cannabis Cup and up to 31% in other lab reports. This comfortably puts it in the top 10 highest THC cannabis strains that have been officially lab tested.

Is Gelato A Top Shelf Strain?

In cannabis dispensaries they use a system of bottom, middle and top shelf to grade and position their buds. Strains that are reserved for the top shelf are those that are in demand and of the highest quality, and they generally have a price tag that reflects this too. In this respect there is no other way to describe Gelato other than ‘top shelf’. Gelato is arguably one of the bestselling cannabis strains in both dispensaries and seed banks and is rated as one of the best tasting desert strains out there too.

Gelato is of medium difficulty to grow. However, with a little TLC you can achieve enormous yields of incredibly potent bud. With an average height of 120-180cm Gelato is the perfect strain to grow indoors where the size is easily manageable. Indoors Gelato responds very well to LST training. This is a technique whereby the growth pattern of the plant is manipulated to produce a wider flatter canopy allowing the plant to optimize light absorption. Make sure you begin this around 3-4 weeks into the vegetative stage and by the time it begins flowering all of your hard work will pay dividends with monster yields.

Is Gelato Strain Right for Beginners?

Gelato is not the easiest strain to grow but certainly not the most difficult either, it can be grown by beginners, although the potency may be too much for many first time smokers to handle. Be sure to build up your tolerance level first before jumping in at the deep end with a strain like Gelato. THC levels can reach 30% and the effects can be intense even for the most experienced smokers.

Starting out with the ruderalis version, Gelato Autoflower, could be a more suitable choice for inexperienced smokers and growers. The plant will grow faster, flower automatically, is more resilient, and has a milder high. The downside to growing with autos is that the yield is much lower, although I wouldn’t worry too much about this as a beginner as big yields take lots of experience, on your first few grows you should just focus on getting the basics right and keeping your plants healthy.

How Long Does the Gelato Strain Take to Grow?

The Gelato strain takes between 63 and 70 days to flower indoors, and outdoors is best harvested between the end of September and the middle of October. Being an indica dominant strain Gelato is pretty robust and can handle cooler conditions, for those of you in hot humid climates, it is probably best to grow indoors where you can keep a better handle on the temperature using fans and dehumidifiers to reduce humidity and heat.

What Type of high does Gelato Give?

Being a highly potent indica dominant strain, Gelato has an intense high and is best reserved for smokers with a decent tolerance level. The initial toke gives you a hard hitting body numbing high that eventually leads into a cerebral head buzz leaving you feeling in a state of euphoria and relaxation.

Is Gelato a potent strain?

Yes! If we haven’t warned you enough already, up to 30% THC Gelato is a highly potent strain, only second to strains such as Gorilla Glue and Godfather OG when it comes to potency. That being said for any of you THC chasers out there, Gelato won’t disappoint, smoke enough of this strain you will be in a couch locked state of euphoria for hours.

Is it a good strain for anxiety?

The effects from Gelato can be powerful and many users claim it really does relax and clear their mind of thoughts, relieving them of any anxiety they may have. That being said, users should smoke this according to their tolerance level and experience. With potent strains, some users may feel that the intense high increases anxiety levels and therefore sticking with milder strains is better suited. If you suffer from anxiety and want to try Gelato for the first time, start with a small dose and gradually build up your tolerance to a level you find comfortable to avoid being overwhelmed.

Is Gelato a good strain for arousal?

While there is very little actual scientific studies that have been produced backing this up, 68.5% of people say that sex was more pleasurable after smoking cannabis. According to some experts, it is all down to the terpenes found within the plant, which explains why some strains may cause more arousal than others. Terpenes are responsible for a cannabis strains unique smell profile and it’s those that contain a high amount of Limonene that are thought to have the most desirable effects. We’re not saying that Gelato will be a replacement for oysters anytime soon, but why not give your libido a boost while you’re getting high.

All in all, I think we have sold Gelato pretty damn hard and proven that it is an impressive strain when it comes to flavor, potency, yield and all round greatness. Why not give it a try for your next grow?

What are the best sativa strains for creativity, energy and anxiety

Best indica strains for everything